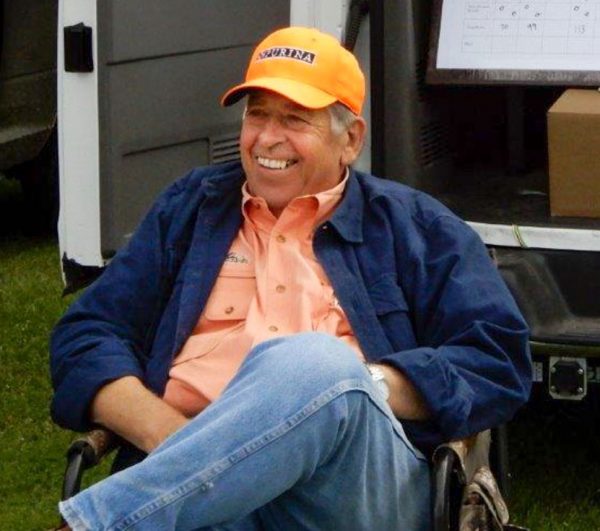 There are people in this world who, wherever they go, somebody’s gonna’ recognize them.  When they walk into a room, you know someone is going to raise a glass and say “Hey!  Over here!”  When you hear a big laugh, you turn and see gathered a group enjoying themselves, with that same person of quick wit and good humor near the center of it all.  In the Minnesota NAVHDA world that person was our own Joe Dolejsi.  But our Joe was no ordinary Joe, as the rest of the NAVHDA world will attest.

Last January I had the privilege of representing the Minnesota chapter at the NAVHDA annual meeting in North Carolina.  Imagine my delight when, at the height of the awards banquet, two honorary awards of handmade knives were awarded to Joe Dolejsi and Joe Raia.  Two great guys – our guys – being honored.  How could I not sit just a little straighter and stand a little taller?  After all, they were ours!

Since neither man was present in North Carolina, I was entrusted to bring the knives to Minnesota, and present them at our chapter’s annual meeting.  I had with me NAVHDA president Dave Trahan’s notes detailing their incredible accomplishments.  Joe Dolejsi’s hall of fame stats were eye popping:  Joe joined NAVHDA in 1983.  Over 27 years as a judge, Joe judged 1793 dogs at 218 chapter tests.  He led 14 Handler Clinics.  For NAVHDA International he served as the Director of Testing, Director of Judge Development, Treasurer and President of NAVHDA across a span of 21 years.  All this in addition to training his own dogs to Invitational status.

What the stats don’t tell you is what he has meant to us at Minnesota NAVHDA, as well as the rest of NAVHDA.  There are no statistics to show the number of people he mentored, helped, influenced, taught, and befriended over the years.   There are no records of handlers trained and coached at training nights.  No recordings of good times shared and stories swapped.  Joe was a husband, father, grandfather, uncle, brother and son, and what does remain is a compelling legacy of which his family can be proud.

We in NAVHDA are also a part of his family – I think Joe would agree.  And yes, of that we can certainly be proud.   Hunt ‘em up, Joe.  Rest in peace, my friend.

Services will be held for Joe in Minnetonka on Saturday, February 3rd.  Details can be found at http://www.startribune.com/obituaries/detail/0000239337/?fullname=joseph-k-dolejsi

One thought on “Thank you, Joe.”